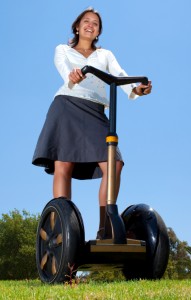 Ever noticed the Segway personal mobility device, that’s illustrated here? This mobility system appears to perform an impossible task. It can support an adult on a platform suspended between two parallel wheels and is capable of accelerating to 15km/h. It manages to maintain balance and offers a highly intuitive speed and direction control system. All the magic here is performed by a tri-axis gyroscope based control system.

ICsense conceived and designed the gyroscope interface system which comprises a high voltage MEMS driver circuit and precision angular rate detection circuits. To ensure the MEMS sensor operates in its resonant mode, the driver system can be tuned with a 12-bit precision and is capable of achieving sub-Hertz tuning accuracy – ultimately leading to the highly stable control system for which this transporter is known.

For a consumer tri-axis accelerometer digitization ASIC project in 0.18 micron CMOS, a complete design study was carried out to model a fully integrated signal path solution for the MEMS readout system. The project lead to the design of a state-of-the-art sensor architecture 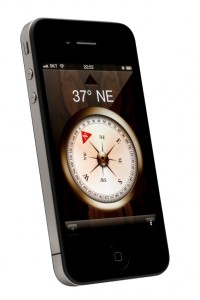 A distinct strength of ICsense is integrating sensor interfaces and actuation circuitry for MEMS sensors. An excellent example of this is a precision fully integrated magnetic Hall sensor ASIC we developed. From project start, we contributed to the development of the Hall sense elements, enabling the trade-off of key parameters including area, structure and sensitivity. To reduce inherent offset, we implemented a layout of four Hall plates with 90° current direction exploiting current spinning (i.e. Spin Hall effect). The sensor signal chain consists of low-offset, low-noise amplifiers followed by precision voltage to current conversion. The ADC is a 15-bit extended counting delta-sigma design with an equivalent per LSB current of 1.4nA – equating to a 0.4 micro Tesla minimum system resolution.

Analytical cookies are used to understand how visitors interact with the website. These cookies help provide information on metrics the number of visitors, bounce rate, traffic source, etc.

Advertisement cookies are used to provide visitors with relevant ads and marketing campaigns. These cookies track visitors across websites and collect information to provide customized ads.