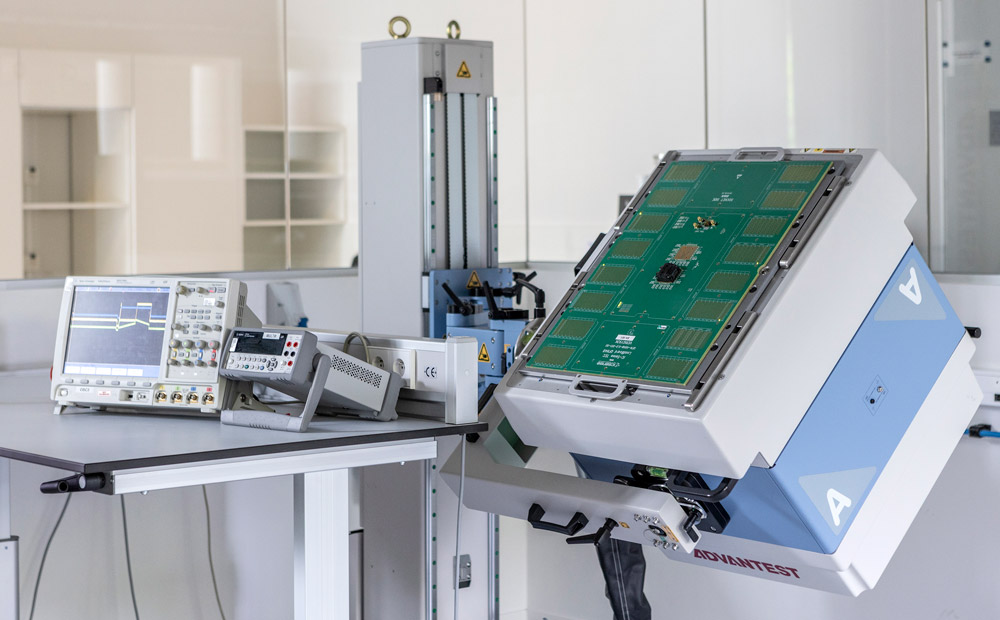 In 2021, ICsense invested in the new V93K Advantest ATE (Automated Test Equipment) to realize mass production test programs in-house (read more). Meanwhile several test programs were successfully developed for ASICs that are running in mass production (volumes up to several 100Munits). The ATE engineering team was able to significantly reduce development and test time compared to similar prior programs. “We have a modular approach in building our test programs,” explains COO Yves Geerts, “our framework contains proven test routines that can easily be re-used to speed up time-to-market.”

With its in-house ATE, ICsense can achieve significant efficiency gains by close cooperation between design, bench and ATE test. “Traditionally most time is lost in debugging, but now our designers and bench test engineers can literally sit next to the ATE test engineer to speed up things,” concludes Yves.